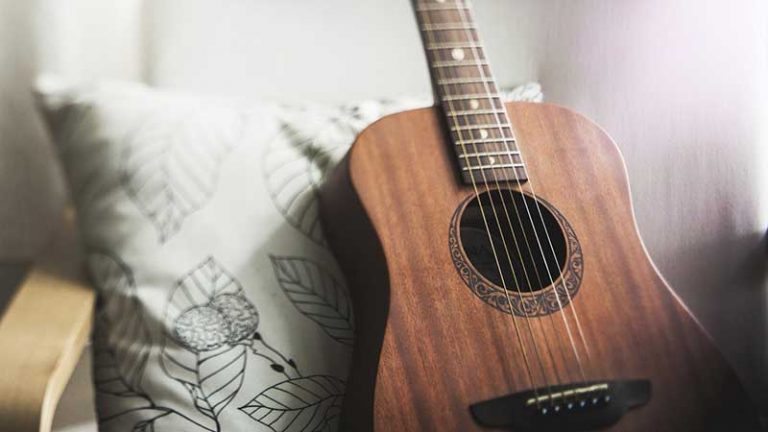 “It Is Magical, Not Magic”

I saw these words a few years ago in a post and they have just stuck with me.

“One Day or Today.  The difference is you.”  An indirect math reference and a profound one at that.  Subtract one day out of the phrase and you have what inspired this story and still does.

It was April of 2020 and I ran into a friend who plays guitar and as we were talking, said he went to buy a guitar but the music store was sold out of all of them.  He added that so many people were at home because of the pandemic and they decided to buy a guitar and start playing.

I have for 35 years wanted to learn how to play a guitar but I had every excuse in the world not to.  We can find excuses for everything and brother, do I have them.  This time was different though.

I had a beat up guitar laying around, went to YouTube, googled “Easiest song to play on guitar,” and started to play, badly.  But I kept on and on and on.  Heck, there was a pandemic going on and there was nothing better to do.

I decided to do a story on this run of guitars and since we are in Music City, finding a guitar teacher would be easy.  Little did I know it would be life changing.

I met Shane Lamb, who owns Green Hill Guitar Studio and we did that news story on guitars and he was fantastic.  “Hey, if you are serious, give me 30 minutes a week and we can do lessons via zoom and see how it goes.”  Think of excuses, Joe, think of excuses.  “Sounds good, how about next Tuesday?”  Shane fist bumped and said, see you then.

Next Tuesday rolls around and that morning, I get a text from Shane.  “Lets make you a star.  2:30, I will send the zoom link.”

Away we went.  Week after week, frustration turned into jubilation.  Songs that I had played air guitar on, I was now legitimately playing out loud.  It only grew from there.  Some lessons we never played at all yet talked about our musical heroes and the power of music.  You have no idea how therapeutic all of this was.

Fast forward a year and a guy who had no idea how to hold a pick, can now play about 40 songs.  I didn’t say well, but I can play them.  Encouraged by Shane the entire time with gems such as this-“Shane, I keep hitting the top string on a C chord.”  “You know how you stop doing that?  You don’t hit the top string.”

This past week, I played a song almost perfectly and Shane, through my phone on zoom, was clapping.
I was beaming and told him how learning to do this has changed my life and the feeling it gave me.  He simply replied, “It is magical, not magic.  Remember that.”   I will absolutely remember that.

This story is not a “way to go, Joe!”  Nope.  Just apply those words to something you have been putting off for a long time.  It doesn’t matter what it is, just do it.

As I often say, the journey of a thousand miles, begins with the first step.  So let’s go do it!

One Day or Today.  The difference really is you.