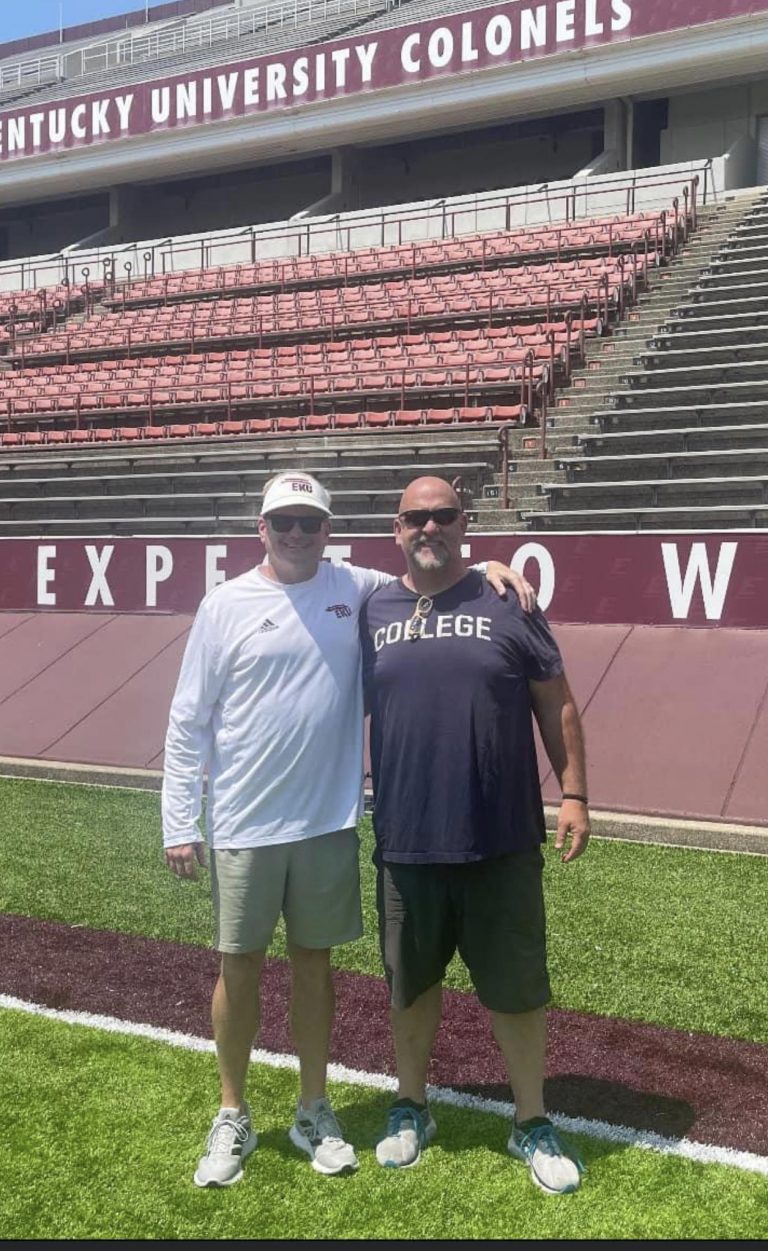 A Speech I Never Want To Give

It was a quiet late August Sunday morning and after running a few errands, was looking forward to just being lazy for one day.

Then, my phone rang.  It was the phone call no one ever wants to receive.  One where the person on the other line tells you that your best friend has had a heart attack and it doesn’t look good.

What?  No, no, no.  I had just talked to him the day before.  Surely, this was a dream.  It turned out to be a nightmare, at that moment.  Then, another call comes in, verifying the earlier call.

A guy that has been a huge part of my life for 35 years was “barely hanging on.”  I still could not process any of this. It didn’t make sense.  If I wrote a book about my life, he is practically in there at least 98%.   He was in my wedding, I was in his.  I hugged him tightly when his father died, he did the same when my mom died.  Numerous spring breaks together that created memories that we still laugh about to this day.

The list goes on and on and on.  We celebrated success in each other’s lives all the time.  My kids.  His kids.  Even in the darkest times, there he was.  When I almost threw my life away, he was the first one on the phone telling me to “get it together,” yet not those exact words.  I say he told me he loved me, just in a different way.

When he was coaching college football out west and his family was back in Kentucky, we talked all the time and many of those conversations, I talked him off the ledge.  He had come too far, invested too much, to merely shut it all down.

I slept maybe an hour that Sunday night.  Maybe.  His wife called me the next day and said he was still hanging on but a long road ahead.  I won’t get into specifics but it was not good.  The doctor told her he was not “optimistic,” on any of it.

I received hundreds of phone calls and text messages from friends, coaches, even some strangers, inquiring about my friend.  I had only one message for them all and that was to keep on praying.

The next day, the good news started to filter on about his condition but one huge hurdle had to be overcome and it was.  They removed the tube that was helping him breathe and he had to be able to do it on his own. By the grace of God, he had no problem and was breathing on his own.

The doctor was apparently amazed at how quickly it went from  “not optimistic,” to “this is wonderful.”  We all were.

September 1, I should have been giving the eulogy at my friend’s funeral.  Instead, I got a text from him telling me that he was heading home.