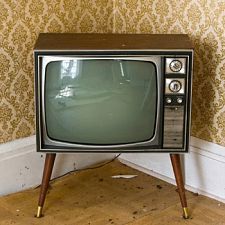 When I was a kid growing up in the late 70’s and 80’s, if a celebrity passed away I rarely gave it a second look and I think most of us felt that way.  Then, in August 0f 1981, MTV started and we were immediately thrust into the lives of our favorite singers and couldn’t wait for their videos.

At that time, TV was in prime form from comedies to dramas and everything in between.  We were entering our own golden age of television and couldn’t get enough of it.  We had dreams of stardom and fame and we would see ourselves in these celebrities.  Remember, we were all between the ages of 13-18 and our canvas was blank and we could be whatever we wanted.

This is where it all comes home for a lot of us.  Unfortunately, our parents were divorced and if you lived with a single mom/dad, you know they were working all the time so TV became our family.  The actors and singers we watched in some weird way, reassured us that life was going to be OK, no matter what was happening in our own world.

It sounds so weird to write this and it is very hard to understand if you didn’t live that life, but it was so true.  That is why when a celebrity that “we grew up with” passes away hurts so much.

For example, I might be the biggest Magnum P.I. fan on planet earth.  Goodness, I have seen every episode ten times and still watch it to this day.  When news came that the man who played T.C. had passed away, I was crushed.  Crushed.  I never met Roger Mosely who played T.C. but I didn’t have to, I already knew him.   I would sit down every Thursday, get home from practice, eat dinner and for 60 minutes, they took me away to a place that wasn’t where I was.

Then, another gut punch when Olivia Newton-John passed away.  How many times have we seen Grease?  How many times have you watched that movie and not smiled?  Or sang along to every single song?  I was reading from so many women my age how Olivia Newton-John inspired them to be singers, or actors, or something in between.  Just beautiful.  Again, probably 99 percent of them never met this icon but it did not matter, because they already knew her.

On a local Nashville level, it was the same feeling when the great Ralph Emery passed away, that I wrote about earlier this year.  It hurt bad because it meant so much to so many.

Rest in peace , TC and Sandy.  We will forever be indebted.  And thank you for that dance.