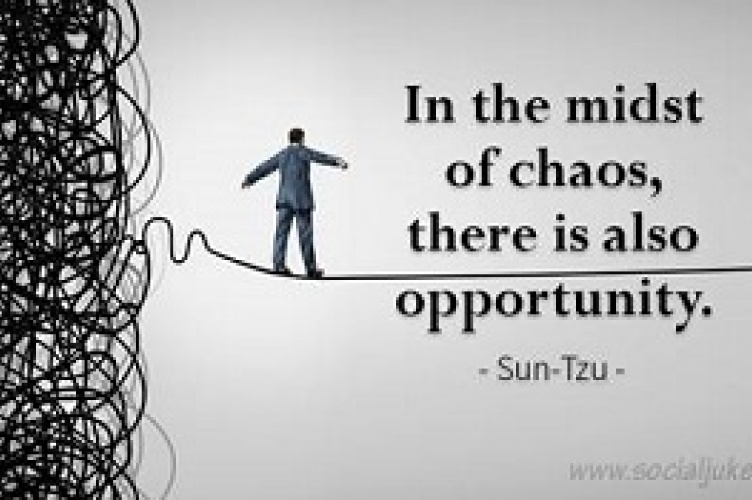 One time playing football, I got double-teamed while on defense and they blocked me about fifteen yards down the field.  I remember coming to the sideline and my coach saying, “Next time you feel that happening, fall down.  Make a giant pile that makes it difficult for anyone to go through.  Make it chaotic for the other team.”

That moment has stayed with me my entire life but I put a different spin on it.  As I was starting my broadcasting career, I was a cameraman, called photojournalist, and I wanted to do more things on air as a reporter.  I sent out a ton of resume tapes and got back nothing from other TV stations and news directors.  Nothing.

I was crushed until one day, this saying came to mind.  The definition of insanity is doing the same thing over and over and expecting a different result.  That was me! I was sending the same resume tape and expecting to get a job and that was not happening.  I went back to work in my lab and did my resume tape in a completely different way that I made funny and exciting and it was under two minutes long, instead of the six minutes before.

I sent 8 tapes out with my new reel and I got four responses back.  Three job offers and I was floored.  I sat back and realized that I had created this chaos and it was perfect.

Let that sink in for a second.  I created the chaos.

You see, chaos does not always have to be bad, especially when you are controlling the narrative.  I was at a low point, realized that I needed to some positivity and energy in what I was doing and created that chaos that ultimately put me on the path I am on today and I thank God for that every single day.

I could have stayed doing the same thing, letting two guys block me all the way down the field and sending the same resume tape out, or do something about it.  Create an obstacle they couldn’t get past and let it be a building block for your life.

I told my son the same thing as he now approaches his sophomore year in high school.  Create chaos in things that you do that drives your passion whether it be singing, acting, playing football or whatever you want to do.  Create chaos that is wonderful and powerful that when you walk into the room, people immediately take notice.

My son and daughter know that one of the things in this world that really irks me is laziness.  Simply no excuse for being lazy and that is why creating that chaos is so important to what I want them to do in life.  My daughter created chaos by graduating from nursing school, passing her boards and getting hired as an R.N.  It certainly was not easy but she busted her tail in accomplishing everything and I am over the moon proud of her.

Go ahead and create that chaos in your life.  Go for that job you want.  Go for three jobs that you want.  Go on that vacation you have been wanting to go on.  Just go and do it.  Get involved in many things that you are passionate about.

Don’t let the negativity stop you from being incredible.  God wants us all to succeed and has given us some wonderful tools within ourselves to do that.

Create the chaos and never look back.

“Do You Think Elvis Is There?

Please Add This to Mount Rushmore

Our Little Piece Of Heaven