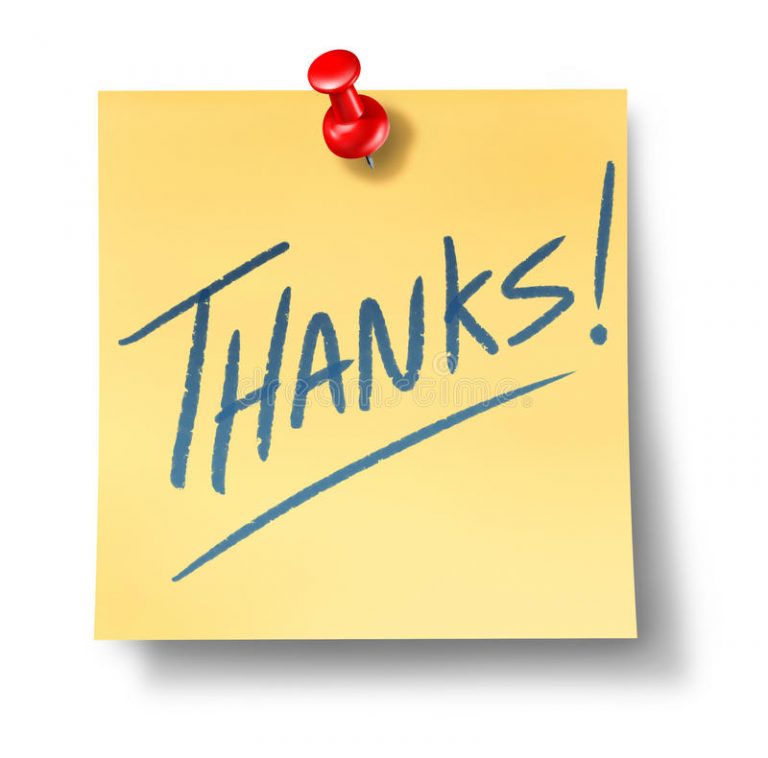 One Word That Moves Mountains

One of my favorite movies, and I am sure yours as well, is Forrest Gump.  Since it is on just about every day, we all have seen it, in parts, a million times.  There are scenes that really hit us deep in the movie and one of mine involves Forrest and Lt. Dan and is the genesis for this story.

It is when they are on the shrimp boat and Lt. Dan looks at Forrest and says, “Forrest, I never thanked you for saving my life.” Then, he falls into the ocean below and starts swimming.  It is a powerful scene to me because that character had been so bitter until that moment when he “thanked” Forrest.

Thanks.  Just one word that can move mountains.

To me, it is one of the most powerful words we will ever utter.  It can bring a smile to the most harden of faces and souls.  There is never a bad time to say it.

When my mother passed, I was devastated with the fact that I never told her thanks for all the amazing things she did for me.  Sure, I might have said it in the moment but I really don’t recall it and I know this sounds weird, but it has kept me up many nights.  Never thanked her for throwing me batting practice, or being my catcher in the back yard.  For quizzing me on football plays.  For driving me to and fro about a million times.  And on and on and on.  I remember closing her eyes when I told her goodbye, kissed her head and said thanks.  For everything.

That night, Forrest Gump was on and it all came to me in an instant.  I am teaching my son how to drive and when someone let’s you in front of them, roll down the window and wave at them.  I know, it is not verbally saying thanks, but it is just as good.  I hope he continues that as he drives and makes his way through life.

Another powerful scene with the word “thanks” is in A Star is Born when Jack says to Ally, “Thank you.”  She replies, “For what?”  “For giving me a home.  This place never felt like home before.”  Another gruff character understanding what a thanks means and how it powerful it can be.

I am not saying that we should just say it to be saying it but if it is genuine and heartfelt, never miss an opportunity to let someone know.

If a grumpy and stoic Lt. Dan can do it, certainly we all can.