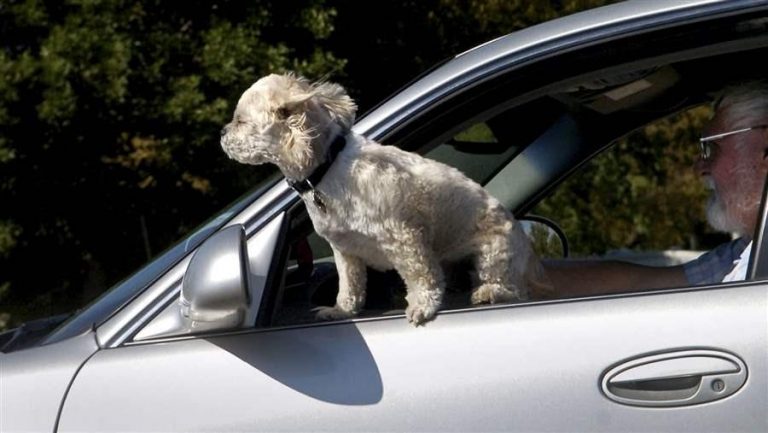 Y’all Have To Stop

Seriously, y’all have to stop doing this.  It has always kind of irked me but in the past few days I have seen this several times and I just had to write about it.

Stop driving with your dog in your lap.  Stop.  Please.

At the intersection of Lebanon Road and Central Pike, I saw a car next to me, turning left onto Central pike, with a dog in this lady’s lap and she was playing with the dog and looked up, saw the light turning yellow and gassed it.  When she went pedal to the metal, that dog went flying into the backseat and nearly out a window.  I am pretty sure that is not the first time that has happened.

A few hours later, almost the same scenario.  I was at a red light and a car was turning in front of me and the car had to almost stop because the dog was trying to jump out the drivers side window.  Meanwhile, the light turned green for me but I couldn’t go anywhere because Benji was deciding to get out of town quickly.

The trifecta happened the next day as I was heading to work at 6 in the morning.  We all know the left lane is the fast lane and if you don’t, then you should have your license taken away from you.  On this particular morning, I was cruising along and I use the fast lane because the pot holes on the interstate through this stretch are massive and they have agendas.  Anyhoo, I came up on this car and had to slow down to 55 because I thought they would get over.  I also noticed they were swerving in the lane.  Texting and driving, that is what they are doing.  So, I pull up alongside because I am irked and much to my chagrin, it was a lady with her dog in her lap who was practically driving the car.

I just stared and stared and drove on.  As I looked back, she was still in the fast lane, swerving, with Richard Petty, yes, pun intended, driving along with not a care in the world.  I got to work and was still miffed and looked this up, which shouldn’t surprise anyone.

“Beyond potentially causing accidents, there are very real dangers to allowing a pet to sit on your lap. If a crash did occur, a small pet could easily be crushed by a deployed airbag, or thrown from the car and injured or even killed. In addition, an unrestrained dog can act as a missile during a crash.”

A missile!  Your dog is a missile.  That image alone should scare you to death.  I purposely didn’t look up on how many accidents have happened because of this because I really don’t want to get anymore irritated.

I just hope y’all stop doing this.  The last thing I want to see is Mister Chiggers come flying at me.  And you.