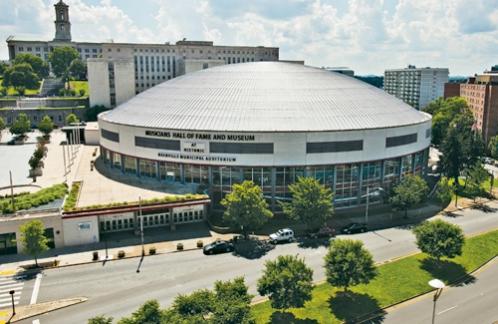 For those that grew up in Nashville, Municipal Auditorium is and will always be a special place.  Legendary shows took place there so many memories took place in that building.

So I turned on the TV on a Monday night and see that the CMT Awards are being held there.  Same place where Van Halen almost took the roof off in February of 1984, another concert was held there that was the most bizarre pairing of acts I had ever seen and is still true to this day.

Not sure how I got the tickets but .38 Special has always been to me an incredible band and in 1983, they had a song on the “Teachers” soundtrack, starring Nick Nolte, which was great.  They were in heavy rotation on MTV and for any band during that time, was a huge, huge honor.

All I know is that my friend’s girlfriend’s sister took us to the show downtown.  And it was snowing.  And I was excited to see .38 Special.  But, this opening act had just busted onto the scene and it was the oddest opening act for a band that I could ever remember.

It would be as if I opened for the Gaither Brothers.  Or if Megadeath opened for Amy Grant.  Or if Insane Clown Posse opened for Helen Reddy.  Need I go on?  Exactly.

The place was packed and the smell of Mary Jane was very heavy in the air on this night.  The auditorium was so loud before the show and I will never forget standing next to me was the biggest biker dude I had ever seen in my life.  He also turned out to be very nice as I found out later on, but he was gigantic.

Then, the lights went low and the curtain dropped and out came Huey Lewis.  I remember looking around and everyone just stood there, not sure at what was happening on the stage in front of them.  I will never forget that my new biker buddy didn’t move at all during Huey’s set.

Yet, no one booed.  No one yelled anything.  Some sang along and everyone was cordial and applauded, lightly, after every song and when Huey wrapped up, they got a little louder, but not much. I thought it was a great show and bought their cassette the next week and I became a huge Huey Lewis fan after that.

Then, about 45 minutes later. .38 Special came out and put on a great show.  “Hold on Loosely,” along with “Back Where You Belong,” are two of my favorite songs of all time and the entire crowd sang and was loud for the rest of the show.  It was a great concert.

Two lasting memories from the oddest concert billing I ever attended:

1) That same biker dude who I stood next to and scared me to death at the beginning, bought a Huey Lewis shirt after the concert.

2) I was running to the car after the show, tripped over a curb and slammed into the back of a car.  I busted my lip pretty bad and luckily I didn’t break my neck.

Municipal Auditorium and the amazing shows it put on for us back in the day.  May it forever stand as a staple as a lot of firsts, for a lot of people.