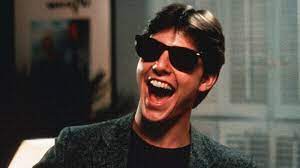 By now, you have probably heard about the ex-girlfriend, who broke up with her boyfriend but before she did, went into his Netflix account and set up her own profile under the “name” of Settings.  It took him about two years to figure out what was going on but by then, she had probably watched every single movie on there.

It is almost too good to be true but it is, and it is simply fantastic.

And it reminds me of another great story that once you have read it, you’ll ask, “Why didn’t I ever think of this?”

Here we go: Back in the 90’s, every spring they would have a 3 on 3 basketball tournament in Nashville and it would always sell out. Packed. All different levels of skill and it would be on a Saturday and Sunday. It was double-elimination, thank God, and it was just a great event.

So, when you got to the site, you would go check the brackets and see who you were playing. Well, one team had the greatest team name of all time. OF ALL TIME!

The name of the team was BYE. Yep, their name was BYE and it was brilliant. If it hasn’t already hit you, it will soon. For example, say your team name is Ralph’s Boys. You will walk up and find your bracket and you see that your first opponent is BYE. What do you do?

Exactly! You go and tell your teammates that you have a bye in the first round. An hour later, when Ralph’s Boys are set to take the court against BYE, Ralph’s Boys don’t show up and it is a forfeit.

This is the point where I ask if this is genius or plain evil? Or both? Exactly. So, BYE goes on to the 2nd round to play Bill’s Mufflers. Well, Bill’s Mufflers see the bracket that says they are taking on BYE, what do they do? Exactly, again.

At this point, you would think word would start spreading on what is happening with BYE. Nope. Remember, there must have been 75 courts around and it was being played at the parking lot at Opryland, before they tore it down. Suffice to say, there were thousands around so controlled chaos was the theme of the day. It was like a living and breathing episode of The Office.

I heard the other teams complain and complain once they realized what was happening but it didn’t help at all. I often wonder what that person, or persons, who came up with that idea, were thinking when they submitted their application.

I am thinking it was pure genius.