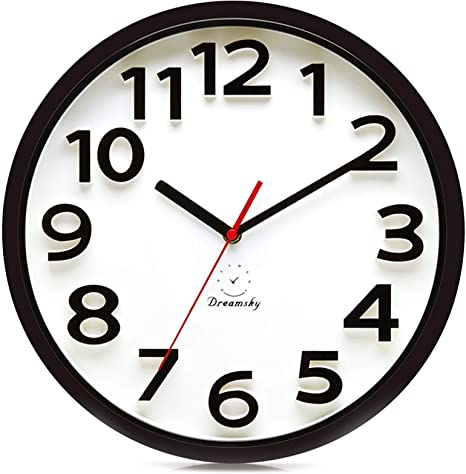 “But Why? I Don’t Understand Why?”

It has driven my son crazy ever since he was old enough to understand things in life.

In fact, it has driven most of my friends crazy as well as far back as I can remember.  Here is the best part, I have no intention of ever stopping.  Zero.

Once you find out what it is, you will completely either be against or say, “Hey, I do the exact same thing.”

I love the reaction when someone gets into my car and realizes the clock is eight minutes fast and says, “I think your clock is wrong.”  I reply, “Nope.”  Then we wait about fifteen seconds and it is always this question, “Why is your clock fast?”  The answer is simple. I don’t know.

I would say it is because I don’t like being late but I am late about half the time.  Perhaps it is the buffer zone of those five to eight minutes that is mentally reassuring to me.

I really have no clue.

There are others out there that subscribe to the same clock policy and perhaps they have a solid reason other than, I don’t know.

It always helped when I worked in TV because it made me get on set five minutes ahead of time and I was never late in all my years.  I think back to one time working in TV when a reporter missed her slot in the newscast and was the lead story at 5 that day.  She offered up a million excuses but someone stopped her and said, “You know, 5 o’clock comes around at the same time every day.  Maybe you should have set your watch ahead a few minutes.”

Small, very small victory in my quest to reason with myself and others why I do this.

Now let me figure out how to set my cell phone ahead five minutes and I will really be happy.