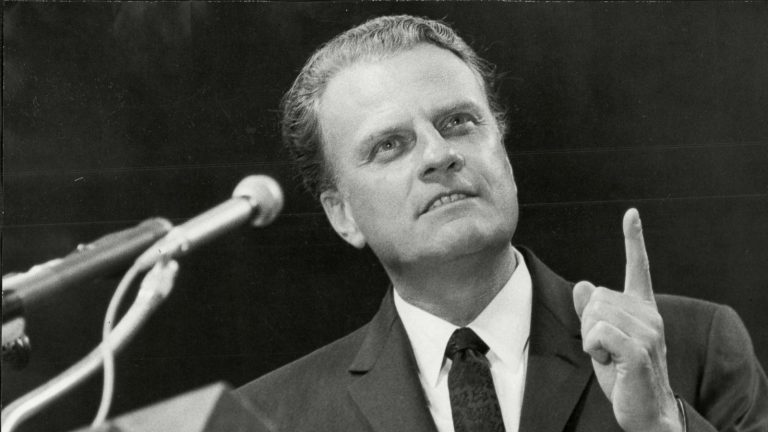 A few weeks ago, my son’s football team was playing a game in Chattanooga, about a 2 hour drive from the house.  After the game, I kissed his head and told him I would see him back at school to pick him up.

I was exhausted and the only thing that keeps me awake on those drives is talk radio.  I got in the car and thankfully, it has satellite radio and so I just spun the dial and said wherever it lands, that is what we listen to on the way back.

It stopped at channel 460.  The Billy Graham channel.  Which, before that Wheel of Fortune spin, had no idea that channel existed.  My grandpa loved Billy Graham so I punched it in and listened.

Prior to that, I had been thinking about the word regret.  A word that can wreck your life if you try.  We all have regrets and some will stay with us the entire time we are alive.

I have seen this quote several times and it is so true when it comes to regret.  “You’ll just keep crashing if you never take your eyes off the rearview mirror.” Much easier said than done.  But, so true.

Here is the part of the night that give me chills.  Within :45 seconds of turning on the channel, Billy Graham’s message on the radio was about regret.  And he said this, which is one of the most powerful things I have ever heard.  “No matter how hard you try, you cannot unscramble eggs.”

Chills.  Literally moments after turning on a channel I had no idea existed, I hear, no matter how hard you try, you cannot unscramble eggs.

I looked down at the speedometer and I was going 45 miles an hour.  On the interstate.  If you honked at a red mazda on I-24 west outside of Chattanooga, on a Friday night for going slow, that was me.

I finally got through Monteagle and was still listening to Billy Graham, this time from a sermon in Boston in the 1980’s.  His voice was powerful as always but I kept going back to those four words.  You cannot unscramble eggs.

I reflected back to certain times in my life where regret came into play.   Being so stupid in certain things, not doing this or that, not working hard enough, not saying a kind word when I could have and on and on and on.

I got home that night, hung out with my son and went to bed.  I thank God every night before I fall asleep on the blessings in my life.  That night, I simply thanked Him for spinning a dial.