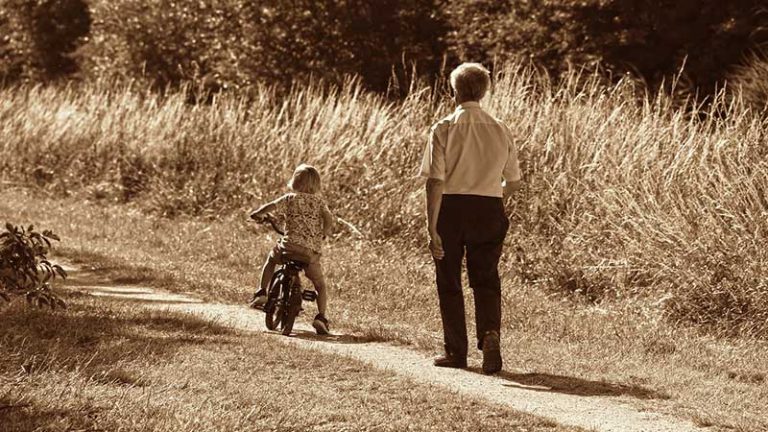 They Do Make The World Go Around

“Dying’s a really hard way to learn about life.”  (From the movie, My Life.)

Unfortunately this week, I was reminded of how important grandfathers are to the world.  My daughter’s fiancee lost his suddenly and much like mine was to me, my hero, so was his to him.

My grandpa, full name of Ted B. Eller, who I called Papa, was larger than life to me.  He passed away in 1987 after a two-year vicious battle with Alzheimer’s.  Before that cruel illness found it’s way in, he was an amazing man.  He worked decades for MTA, the bus company in Nashville and was beloved by co-workers and employees.

I think of him often but these last few days, constantly.  I am 52 and will compare where I am at this age to where he was at the same time.   And it is always very humbling how he handled happiness and tragedy.

He had 3 boys and a girl, my mom.  But in 1950, the unthinkable happened.  His 18 year old son, my uncle Kenneth, who was in the ROTC and about to be a senior at West High, died when the plane he was in, coming back from summer boot camp, crashed soon after take-off in Myrtle Beach, S.C.  My Papa was only 43.   As you can imagine, he was never the same, I am told, after that.  But, not in the way you think.

He became a stronger man with God and lived his life, telling others about Jesus and how He saved him and that was his foundation until he passed away.  I always wondered how he could feel this way after losing a son so young, but he would be quick to tell you about God’s grace.

This is the man I grew up with.  This is the man we all loved and could not get enough of.  He adored his grandchildren more than was humanly possible.  His bible was always close and so was his advice and charm.  He always had time for us and welcomed us into his home, the same way your puppy does and he would have laughed at that reference.

Before he got sick, he came to every game I played in and was quick to give me a hug afterwards and tell me how proud he was to watch me play.  This is why, win or lose, I immediately hug my son after every game he plays in.

At his funeral, my mother noticed an elderly man sitting in the back row and was there for quite awhile.  She mentioned something to me that he looked quite nervous so I went to talk to him.  I told him I was Ted Eller’s grandson and he started crying.  He said that Mister Ted was his bus driver for many years and through many of life’s ups and down, he was always there for him to talk to and to give advice.  And when times got rough, would give him money to ride the bus when he didn’t have any.

I told this sweet man to hold my arm and we would go up and say goodbye.  He walked with me to the casket, by now my mom had joined us, and while there, he just stared.  He only said, “Thank you, Mister Ted,” and we walked him back to his seat.  His daughter came to get him and said it was important to be there but wouldn’t share it with her.  I wondered why he shared that with me and not his daughter, but the Lord does work in mysterious ways and I was grateful for that moment.

If there was a “Grandfather Catalog,” where you could pick out the perfect grandpa, you would have chosen him and they would have been out of stock on day one and every day after.

He was that perfect.  And since I didn’t have an active father in my life, he stepped in admirably and never said a bad word about my “dad.”

He has been gone 34 years, and although I still miss him fiercely, I thank God he was mine.

Grandfathers.  They truly make the world go around.  And always will.