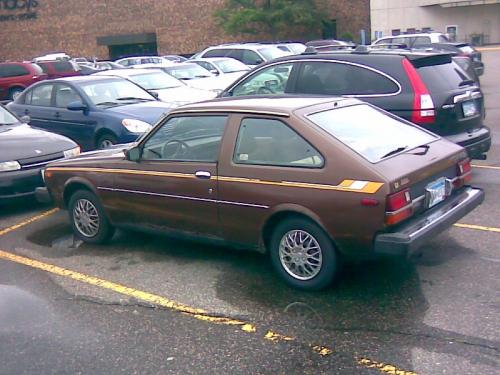 They can hit you anytime, anyplace and for a myriad of reasons. A song, a smell, a person, etc., it really doesn’t matter.

For me, it was a stretch of road. Well, an interstate to be exact. I-65 south, from Nashville to Birmingham, brings back a ton of memories of my first year at Samford, driving up and down the interstate.

It also makes me miss an old friend. A friend who never, ever, let me down.

I am talking about a car. Not just any car.  A Datsun 310 GX. My first car. My first best friend.

My mother bought the car for me in the fall of 1984 when I turned 16. For $3100. Stick shift with no air conditioning.  Oh, half the time you could not shift from first to second and could only go from first to fourth.  That worked really well when I would merge into traffic.  I think I saw more birds because of that than the Audubon Society ever has.

After high school, I took the car with me to junior college and it made many a trip up 40 to 75 and over to Sweetwater, where I was in school. Then the following year, heading south to Samford University in Birmingham. Loaded down with everything I owned, we made many a drive in the middle of the night.

I put that car through hell and back, yet, it never quit on me. I don’t think I ever changed the oil in the car.

It held tears, it held laughs, and it held dreams.  A lot of dreams.  It was always there for me.  The cassette deck had a mind of it’s own. though.  It would eat every single tape I put in there, except for Def Leppard’s Pyromania.  To this day, I have no idea how it did not eat that one tape but it didn’t. Some things will forever remain a mystery.

The muffler one time fell off just outside of Decatur on the interstate and I had to drive to Birmingham, sounding like a NASCAR race.  I ran over curbs, hit trash cans, mailboxes, (not on purpose) and other stupid stuff. It just got stronger and stronger.

That car also makes me think of a time when everything was perfect. My mom was not sick, friends who have since passed, were alive, I was driving back and forth to summer jobs, where I was making $3.90 an hour, but making a million bucks in memories and on and on and on.

People talk about the house that built them. That car built me.